A response to the ridiculous sound bite (above) from Grand Ronde chairman Leno:

How about "Dump the false or misleading mascots and teach our real history" instead?

We don't care if these mascots seem noble and honorable to you. We care about the proven harm that results from racist stereotyping. Whether there's an intent to harm or not.

Like, "Teach myths about Columbus, the first Thanksgiving, and Washington chopping down a cherry tree. But also teach the truth."

You inspired me to implement your vision of American history, Chairman. Here you go! Teaching your history with Native mascots, just as you requested! 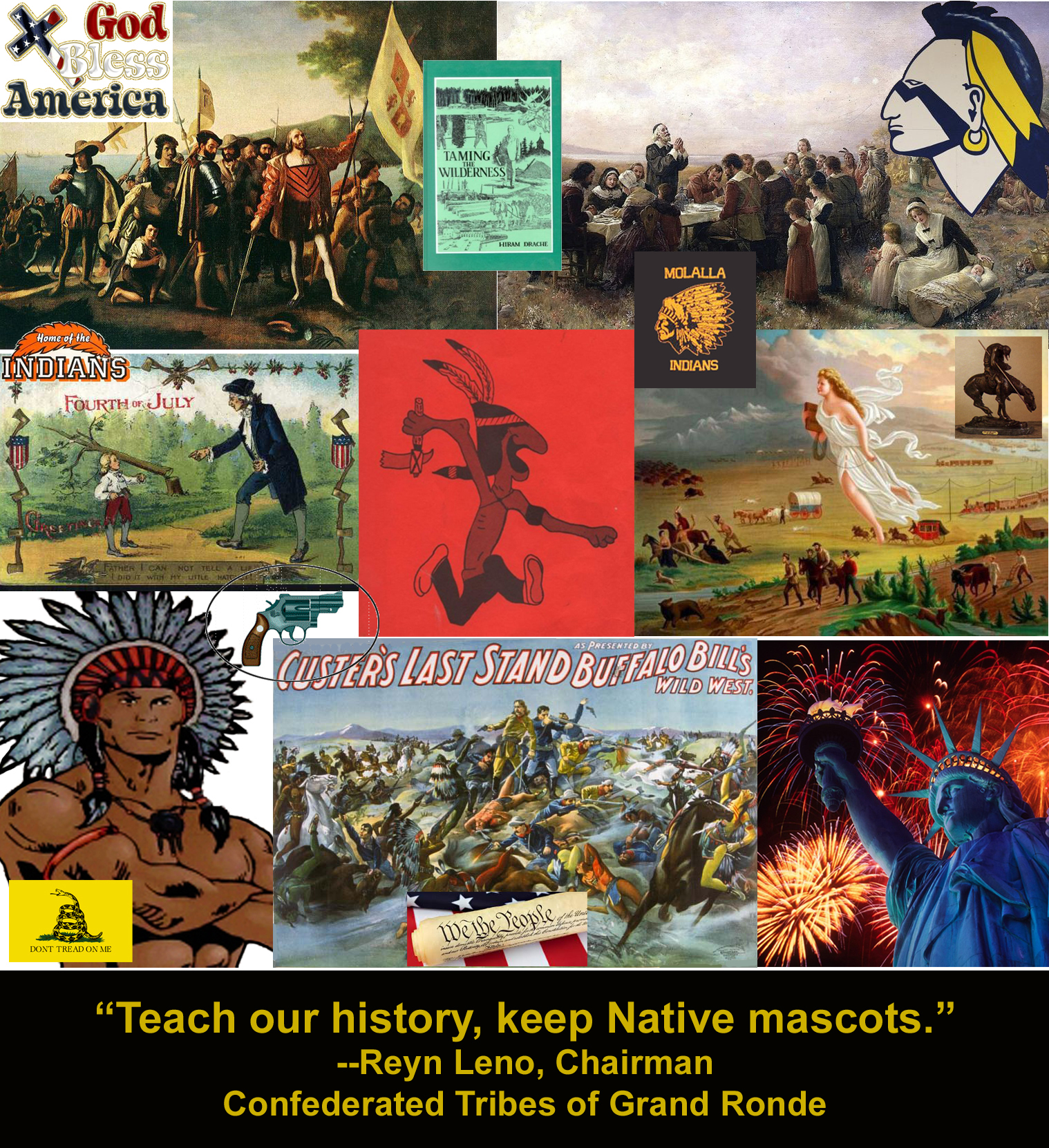 There should be no compromise on Native American mascots (OPINION)

Leno is full of it when he talks about out-of-staters. Get a clue, clueless. No Oregon mascot that I know of represents a particular Oregon tribe. Every Oregon mascot represents a Plains chief or warrior, an Eastern Woodland (Iroquois) warrior, or a generic Indian.

As an Oregon Native, you're less qualified to judge these outside cultures, not more qualified. Someone from a Plains or Eastern Woodland culture is exactly whom you should be listening to. If you were more educated about other cultures, maybe you wouldn't say such ignorant things about stereotypes representing your culture.

For more on the subject, see The Grand Ronde Indians Mascot and Grand Ronde: We'll Decide About Mascots.
Posted by Rob at 8:11 PM