By Cristina SilvaComment:  For more on John Wayne, see America Changed with Davy Crockett and "I Thought John Wayne Killed You All." 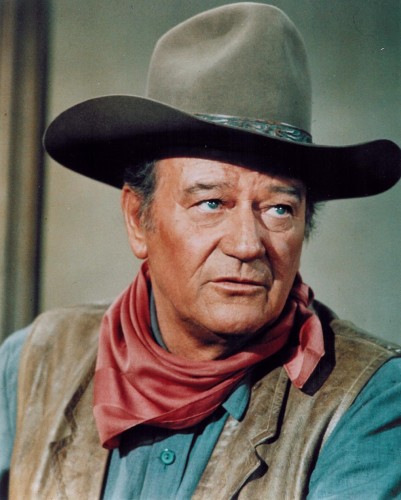 Clinton's "off the reservation" remark

Hillary Clinton went off-script with an off-the-cuff remark about Indians:

An explanation of why the phrase is bad:

Comment:  For more on "off the reservation," see Is "Off the Reservation" Offensive?
Posted by Rob at 3:30 AM 0 comments

Email ThisBlogThis!Share to TwitterShare to FacebookShare to Pinterest
Labels: Hillary Clinton, off the reservation, Stereotype of the Month, stereotypes

Following up on the decision to put Harriet Tubman on the $20 bill, former senator Jim Webb tried to defend Andrew Jackson.

Webb's claim:The reality:Comment:  Give Webb a Stereotype of the Month nomination for his ignorance of the definition of genocide, and for minimizing Jackson's genocidal actions. Removing the Indians was about stealing their land and eliminating them, not keeping them from harm. 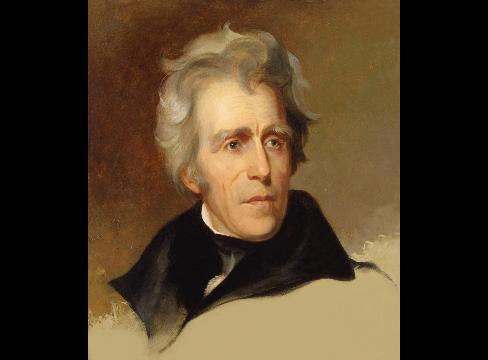 'I Am Very Sorry': House Rep. Apologizes for Comment About Native Americans, Alcoholism

By Simon Moya-Smith
Posted by Rob at 7:57 AM 0 comments

The news that the US would place Harriet Tubman on the front of the $20 bill and move Andrew Jackson to the back triggered a variety of responses.

Predictably, racist conservatives cried over the loss of one of their white male icons:

“We need Trump to stop all the PC crap”: Right-wing reaction to the Harriet Tubman $20 bill is (another) new low

The Best Conservative Reactions To Tubman Bumping Jackson From $20 Bill

Ann Coulter needs to stop: She and the rest of the clueless conservatives need to quit moaning about replacing Jackson with Tubman on $20 bill

Meanwhile, anyone with a cursory knowledge of history explained why Jackson should be banished:

Andrew Jackson was a slaver, ethnic cleanser, and tyrant. He deserves no place on our money.

Harriet Tubman to Share $20 Bill with President Who Called for Some Abolitionists to 'Atone ... With Their Lives'

Tubman’s In. Jackson’s Out. What’s It Mean?

Stop clinging to the Founding Fathers: The Andrew Jackson/Hamilton/Tubman debate is really about honest history

While others challenged the conservatives' blatant racism:

They only want to honor white men: The pathetic conservative meltdown over the Harriet Tubman $20 bill exposes the right’s petty identity politics

Natives overwhelming applauded the downgrading of the infamous Indian killer:

But some wondered why Jackson wasn't paired with a famous Indian chief--since he's perhaps best-known for instigating the Trail of Tears:

For more on the subject, see Stanford Cancels Bloody Jackson Play and Indians on US Bank Notes. Email ThisBlogThis!Share to TwitterShare to FacebookShare to Pinterest
Labels: gaming, Lewis and Clark, Stereotype of the Month, stereotypes

Kimmy Schmidt Asks: How Are the 'Redskins' Still a Thing?

Naturally, the show's people defend it:

But an Asian-themed episode suggests Kimmy Schmidt still has problems with race:

Why does Unbreakable Kimmy Schmidt keep choosing race as a hill to die on?

By Amy Moss StrongAnd:Comment:  A tiny tot in a headdress is an honor? And not derogatory? Guess again.

Klein learned from the Washoe Tribe of Nevada, but she's "honoring" them with phony symbols from the Great Plains, a thousand miles away. That makes sense only if she stupidly thinks all Indians are the same.

As my comments suggest, I think the artwork is the problem, not the name. If Klein hadn't gone with the stereotypical images, I doubt anyone would care about the name. 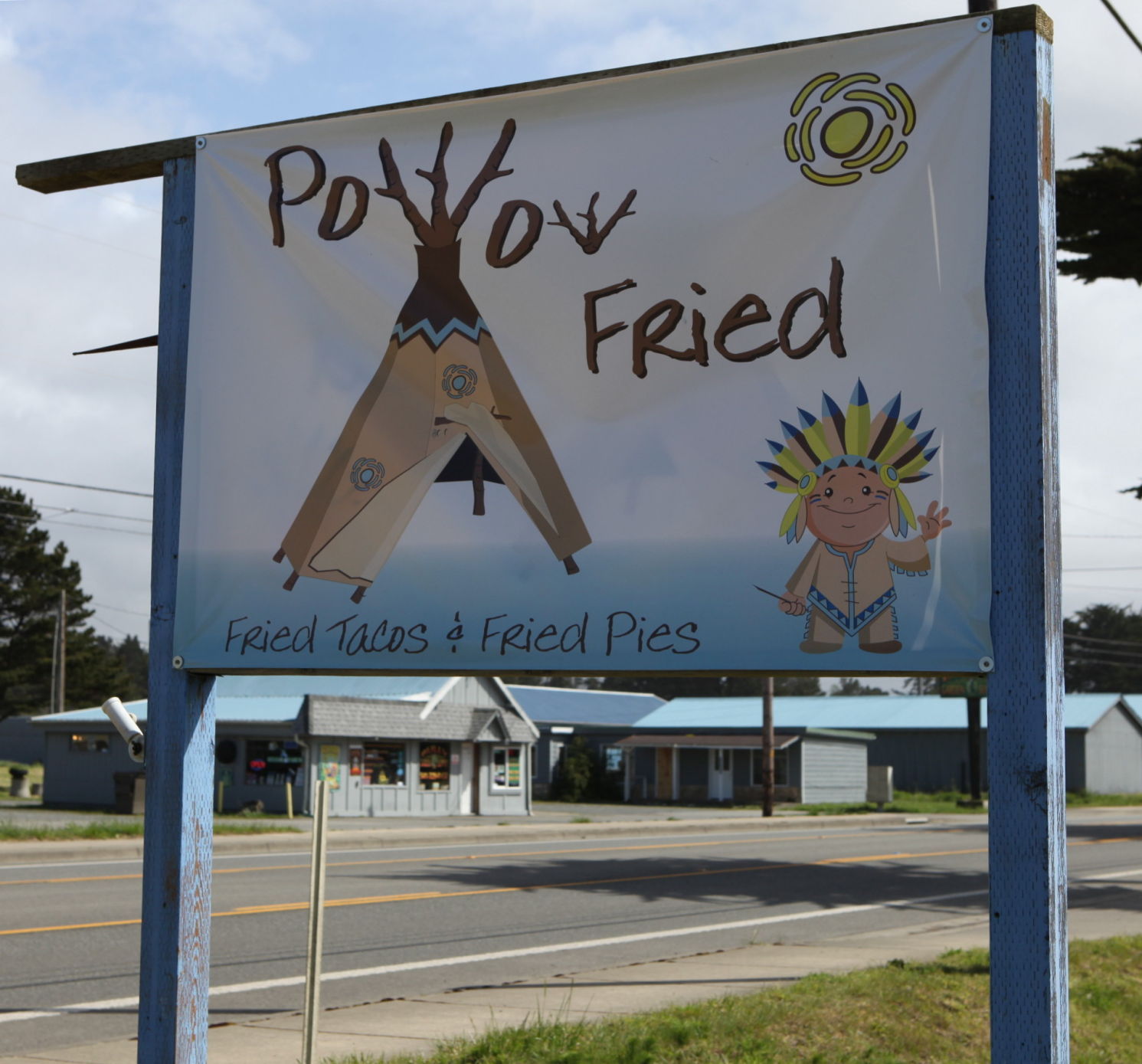 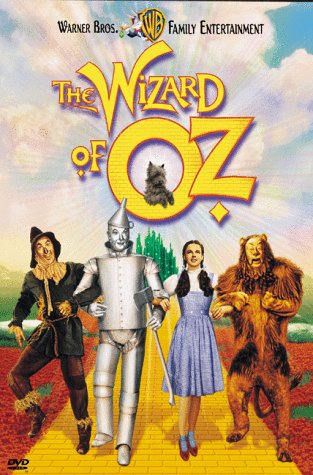 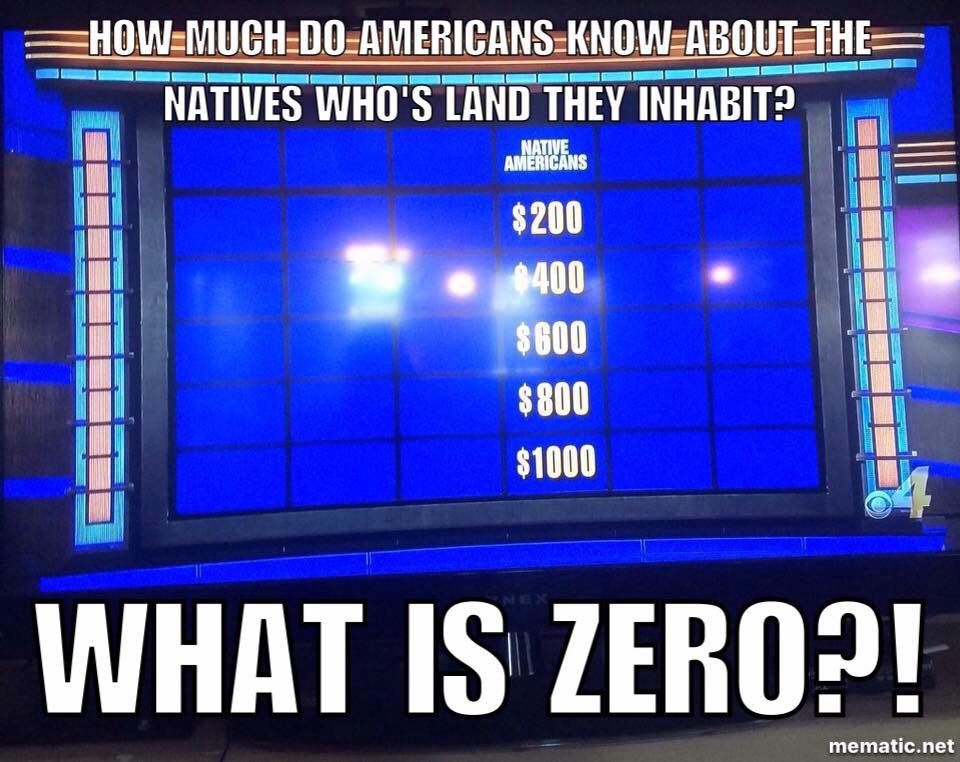 Trump and his supporters are racists

Post-civil rights GOP is our largest white identity group. Maybe we should thank Trump for making it so obvious

Trump's hands. Mitt on his knees. Cuckservatives. What the party's junk obsession says about 2016 Republican Party

By Chauncey DeVegaThe payback candidate: Trump’s campaign is for conservatives seeking revenge on everyone they think disrespects them

Trump's running to get revenge on everyone who laughed at him, and that's why his supporters identify with him

By Amanda MarcotteFear of labeling racists

Hideous, disgusting racists: Let’s call Donald Trump and his supporters exactly what they are

Trump's fueled by white resentment, racism and nativism. Why does the media mistake that for working-class anxiety?

Racists love Trump: This is what they mean by “taking the country back”—yet another poll confirms racial and cultural resentment is driving Donald Trump’s rise

By Sean IllingAnd a few weeks later, a Native perspective:'The Good Old Days' Were Only Good for Whites

Ralphie May backtracks and apologizes

EXCLUSIVE: Ralphie May Talks About Indian Rant: “I Never Meant to Hurt Anyone”

UPDATE: Ralphie May agrees to meet with Fargo activists

After May's rant and his attempts to apologize, he was still facing trouble:

Calls to boycott Ralphie May in Sioux Falls

Comedian Ralphie May forced to postpone or cancel more shows

Comedian Ralphie May tries to turn Indian joke controversy around

Finally, a "defense" that noted the key problem:

Whitney: In defense of Ralphie May
Posted by Rob at 9:00 AM 0 comments

No excuse for Ralphie May's rant

A Facebook discussion of Wreck-It Ralphie's diatribe against Indians. It occurred before we knew exactly what May had said:

I'm waiting to hear the context that makes this acceptable.

Sounds like he adds a coda at the end of his rants. Maybe something like, "But really, folks, hating people is bad. Don't be like the people who say these things." That's not nearly enough "context" to make the previous rants okay.

You can't have a stereotype-to-explanation ratio of 5-1 or 10-1. If anything, it should be the other way around. You can repeat a stereotype if you spend enough time explaining why it's wrong.Okay. Sounds a lot like hipster racism to me. Like, "Someone else is racist, and I'm just repeating what they say. Ironically, that is, to mock them. And I had to go on ranting for three minutes to show how racist they are."

Why it's still wrong

Who cares who won the Oscar 25 years ago? It's not relevant to anyone today. It's ancient history.

May chose to build a routine around racist beliefs. He provides a fig leaf of an excuse, then spews a bunch of racist comments. And his cover is, "That's what someone said 25 years ago."

As you said, his Twitter comments show how he really feels. His real beliefs aren't far from his "ironic" beliefs--if there's any difference at all. He sort of understands that something bad happened to Indians, but that was long ago and now they're to blame for their problems.

And after his so-called apology:

As I said before, a single punchline is no excuse for what comes before that. He didn't even say he was imitating others who were upset at Dances with Wolves. Rather, he said he was upset about it.

So again, how does this 25-year-old "grievance" justify a racist rant? A: It doesn't.

Some questions for Ralphie

When Delores Schilling sought questions to ask May on her Native Trailblazers radio show, I e-mailed her the following:

1) May says he's been doing his Dances with Wolves joke since 1992. This so-called joke sounds like a pretext to do a racist rant about Indians.

If the subject of the 1992 (actually 1991) Oscars isn't outdated and irrelevant already, when does it become so? In 50 years? A hundred? Why shouldn't listeners assume what I just said: that May is inventing an excuse to vent his spleen against Indians?

2) Has May heard of hipster racism? It's defined as doing or saying something racist, then claiming it was ironic, satirical, or a joke. How is this any different from what May does?

"Indians are drunk losers," he seems to be saying, then "Ha ha, just kidding." Well, why should we take the "just kidding" part more seriously than the "drunk losers" part? Racists have a long history of dressing up their beliefs as fiction or humor. Why shouldn't we assume May is telling us what he really believes in the guise of comedy?

4) May's tweets indicate he's still blaming Indians for the poverty and alcoholism they suffer. Which is just about what he said in his racist rant. Why should we believe there's a difference between his "jokes" and his beliefs when they're so similar?

A round-up of articles about Ralphie May's anti-Indian rant:

Comedian Ralphie May Creates Twitter Firestorm After Rant on IndiansAnd:

Bemidji cancels gig by shock comic Ralphie May
YouTube rant against Indians is cited as the cause.

A good analysis of Ammon Bundy's occupation of the Malheur National Wildlife Refuge in January: 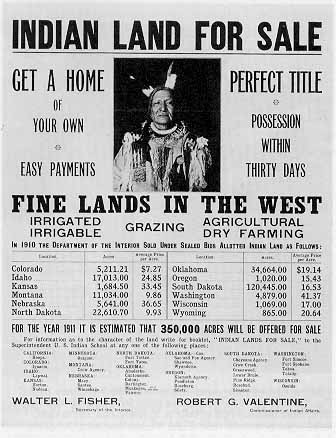 An Apology From Portland Monthly

The combination of an illustration and a headline in our April issue caused justifiable offense. 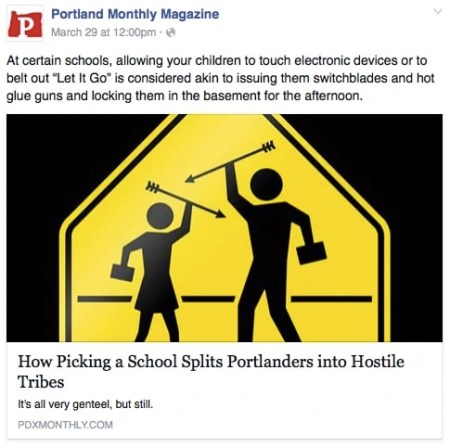 Some thoughts from SorryWatch (!) on how well the Portland Monthly apologized:

Against all odds, another excellent apology, good heavens
Posted by Rob at 9:30 AM 0 comments