This is the second Atkins book in his series. I previously read the final Parker book and the third Atkins book, Cheap Shot.

Perhaps not surprisingly, the portrayal of Sixkill is midway between the portrayals in Sixkill and Cheap Shot. Sixkill is a significant player, but he gets badly beaten early. That causes a crisis of faith. He's not sure whether he's good enough to do the job.

Oddly, his revival mostly happens off the page. He grunts a few times that he's okay, then disappears for the final third of the book. When Spenser finds him, Sixkill has triumphed--again, off the page, while the real story was unfolding.

Atkins also uses a few stereotypical references--to "chief," "firewater," and "Pocahontas," I believe. But Spenser and Sixkill mock the references, so they're okay. Parker overused this kind of "joke" in Sixkill, but Atkins's use of it is realistic.

As for the rest of the novel...again, Atkins mimics Parker well and offers an entertaining tale. As with the other two books, it falters at the end. Rather than building to a big climax, it sort of sidesteps to a middling climax. Atkins needs better endings if he wants his stories to be more than entertainment. 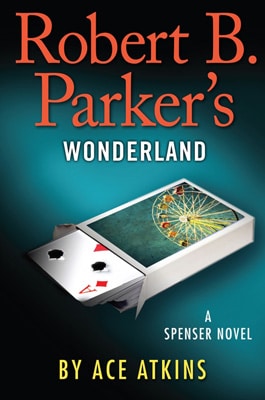