Comment:  Keene adds that the team owner's wife designed the Blackhawks logo while her husband named the team after his Blackhawk Division in World War I. Some people have used that origin as an excuse to keep the name: "The team isn't stereotypical because it's not named after an Indian."

Not directly, anyway. But that only undercuts the claim that the team, name, and logo "honor" Indians. As Keene notes, they're honoring a fictitious version of an Indian--what the owners think Sauk Chief Black Hawk looked like in their dreams. There's no legitimate Native basis for the name or logo. 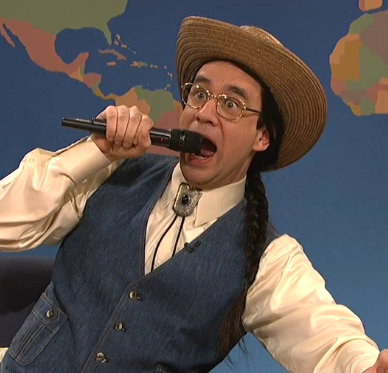