The doll was designed not to offend anyone, leading to this exchange: 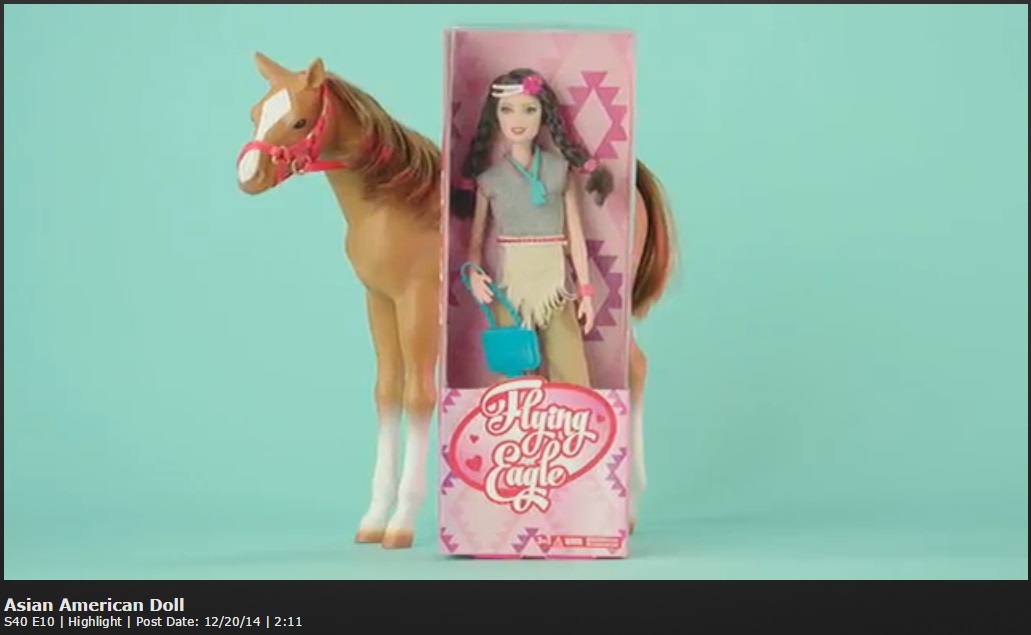 The bit offered some good comments, but its intent was unclear. It wanted to satirize companies that make stereotypical toys, perhaps, but it seemed annoyed at the critics of such toys. The message seemed to be that "politically correctness" is neutering toys and making them no fun anymore.

A toy company should expect to be criticized for making such a doll. Clothing a Native like this is no different from putting a Latina in a poncho or an African in a grass skirt.

In short, I'd say the commercial was a nice try, but it failed to make its point. Or if its point was to carp about political correctness, it succeeded but its point was stupid.