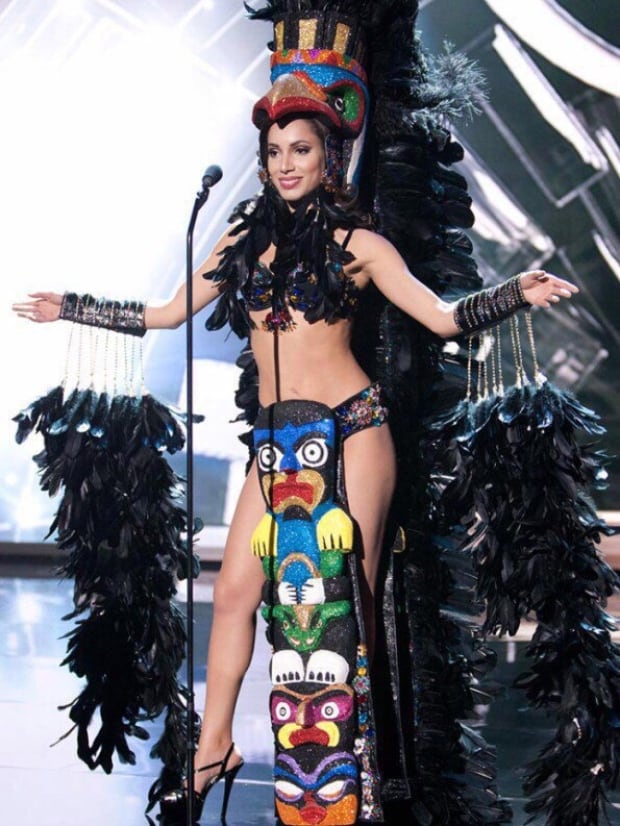 To which I responded:

This kind of proves the point. There's only one item online that matches a "Dominican totem pole" search. Totem poles aren't a part of that culture or there'd be more of them.

Also, the fact that the item is labeled "Dominican" doesn't mean it's authentically Dominican. It could've been made in Asia for all we know.

More important, it looks nothing like Miss Canada's loincloth. If it is authentically Dominican, her costume isn't.

In fact, the Dominican Creations company is headquartered in Quebec and says it'sThis makes it less likely the company is selling genuine Dominican artifacts. And again, even if this pole were genuine, it doesn't look like the pole on the dress.

Someone else added this comment on Valdez's dress:Yes, it's ridiculous to say she's honoring her Dominican heritage when that has nothing to do with her role as Miss Canada. Plus her raven costume and the totem pole have nothing to do with the Dominican Republic.
Posted by Rob at 2:00 PM