By Bayard JohnsonMeans said he wouldn't do anything about it. The Great Mystery would take care of the problem:Of course, Means also told us what he thought the best Native movies of the 1990s were:Not Dances with Wolves or Smoke Signals but Pocahontas, which must've had hundreds if not thousands of historical errors. So take his claims with a grain of salt.

For more on Russell Means, see Means on His Acting Career and Means on Native Movies. 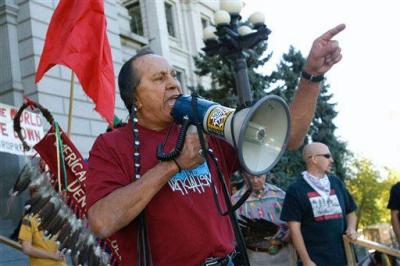