By Bob CuddyComment:  You can confirm the Templeton Indians use of Chief Wahoo on their website:

This logo isn't just "based on" Chief Wahoo. It is Chief Wahoo. If the Cleveland Indians knew about this, I'd bet they'd order Templeton to change its logo. 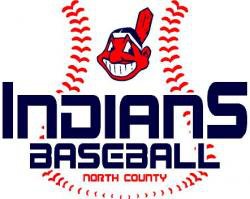