By Daniel Simmons-RitchieSome background on Czywczynski's purchase of the land:

Comment:  It's kind of ridiculous to ask $3.9 million for land worth $7,000. It's a shame Czywczynski lost so much, but he should sue the people responsible. Why should anyone pay millions of dollars to make up for pain and suffering they didn't cause? 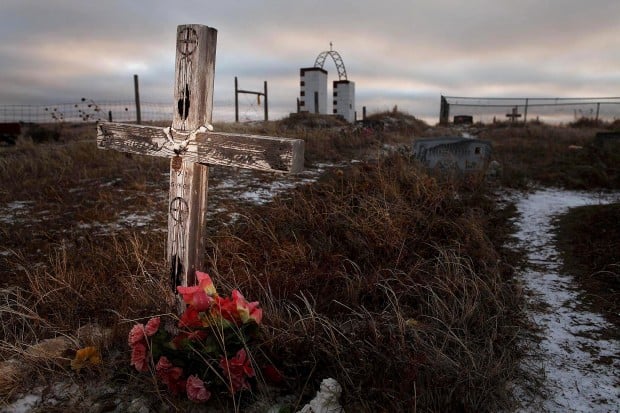 Company makes, then withdraws, an offer to buy the land:

The site of the 1890 Wounded Knee Massacre which had been put up for sale by land owner Jim Czywczynski a little more than a month ago now has a potential buyer.

Birdnecklace Renewable Energy, LLC of Sioux Falls informed Native Sun News in that they are making a public offer to buy the land from Czywczynski. BRE stated that it is the company’s intention to purchase the land.

In response to a counter offer from Jim Czywczynski, Birdnecklace LLC has withdrawn their original offer to purchase the Wounded Knee land site citing violations of the Native American Graves and Repatriation act.

As internal haggling over the price of Wounded Knee developed Native Sun News has learned that negotiations between the two parties have now broken down. After reviewing the proposal from Birdnecklace LLC which offered 10% of the $4.9 million upon closing of the deal, Jim Czywczynski owner of the land presented a counter offer asking for 20% down and a willingness to close the deal this past week.