By Aaron OrlowskiComment:  I'm not sure a sculpture garden would attract more than a few tourists at a time. On the other hand, it could be a contemplative site and a tourist attraction, so officials should plan for both.

For more on Rapid City, see Pix of My South Dakota Trip and Traversie Case Was the Catalyst

Below:  "Progress on a Native American sculpture garden in Halley Park is inching forward despite concerns about the location from Parks & Recreation board members and staff." (Benjamin Brayfield, Rapid City Journal) 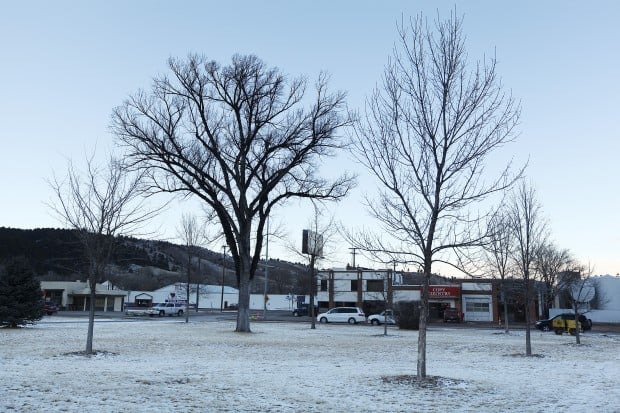 For more on the location question, see:

Spokeswoman: Native sculpture garden location is not up for debate

The driving force behind the proposed First Nations Sculpture Garden took a hard line Saturday: The garden, which would honor Native American heroes, can be located only in Halley Park.

"If they say build it somewhere else, we just won't build it," Elizabeth Cook-Lynn said at a public forum attended by about 20 people at the downtown Rapid City Public Library.

The Crow Creek Sioux writer, former professor and spokeswoman for the project told them the garden would allow Native Americans to tell their own story on a piece of land that has significance to them.

The First Nations Board wants to install the sculpture garden behind the Parks & Recreation building in Halley Park. The narrow strip of land dividing St. Joseph and West Main streets sees some of the heaviest traffic in Rapid City, and the 17-car parking lot off West Boulevard in front of the city building is the only available parking there.