With links to welfare cowboy Cliven Bundy, anti-government "patriots" planned to show their contempt for the Constitution, the law, and Native Americans. 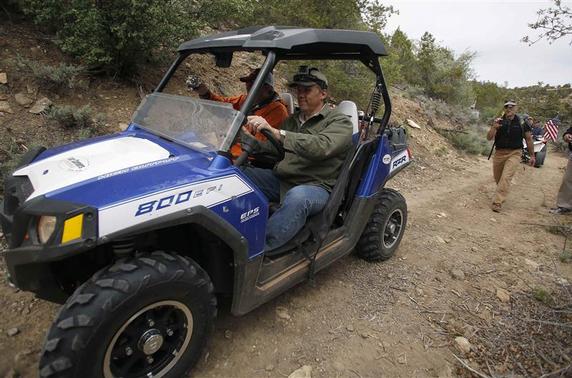 But BLM says it documented illegal use

Comment:  For more on Cliven Bundy, see What Bundy and Sterling Tell Us and Cliven Bundy vs. Dann Sisters.
Posted by Rob at 7:50 PM