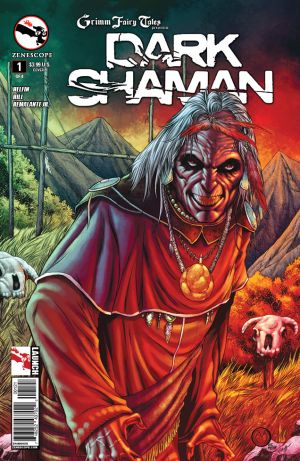 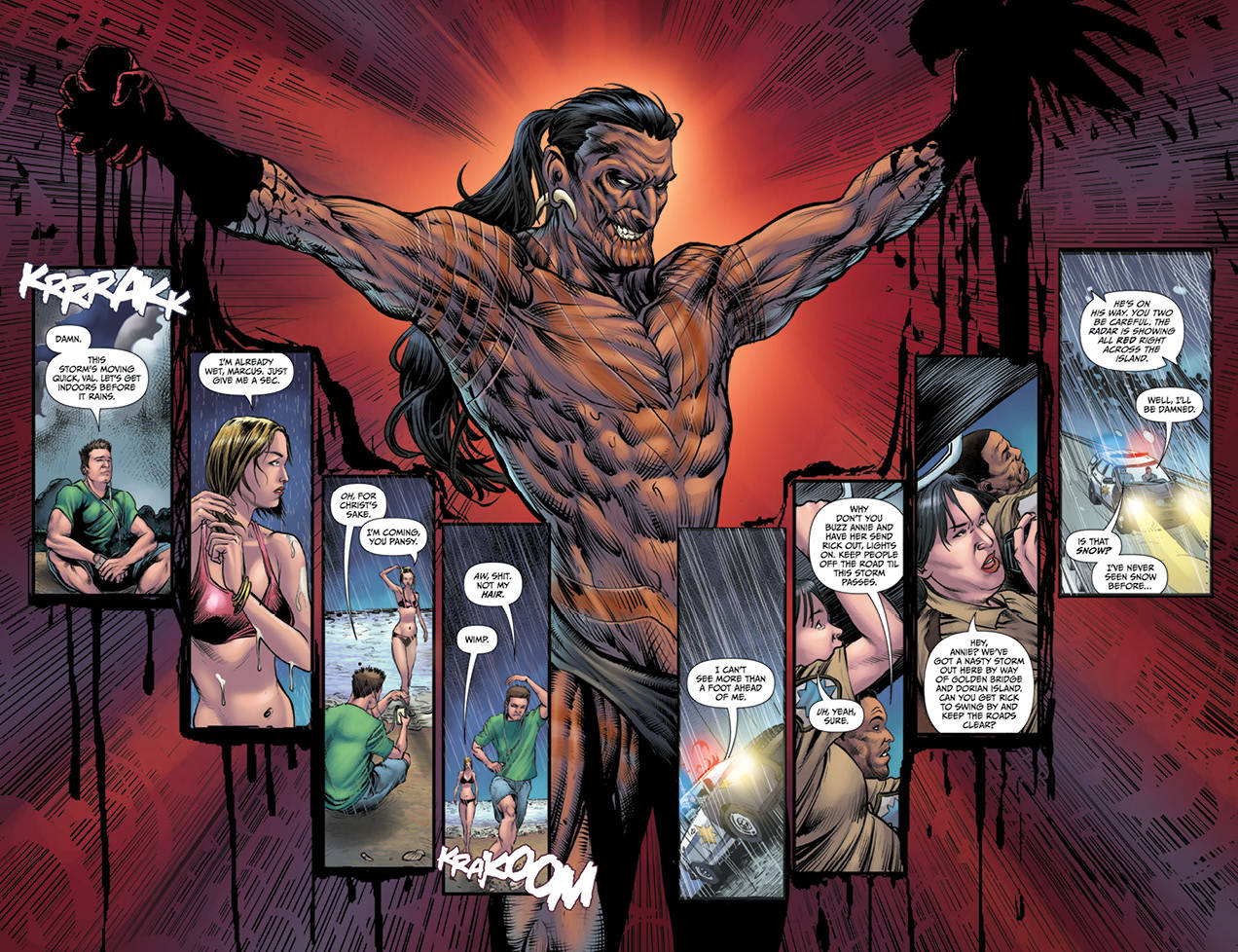 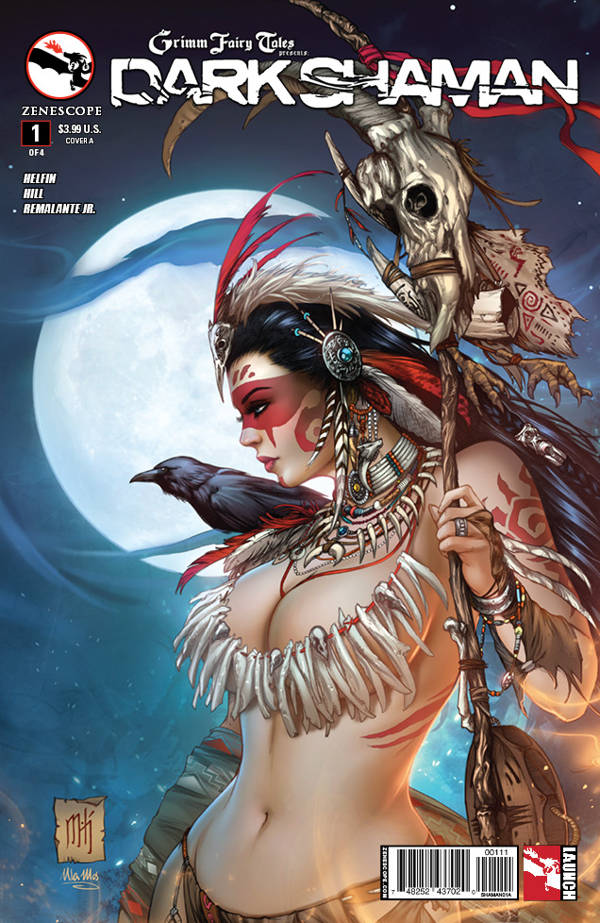 Comment:  The Timucua named in the story were a real people who lived in Florida. Some details on them:

TimucuaFlorida Lost Tribes--Theodore MorrisBelow:  Timucua Indians painted by a non-Indian based loosely on the evidence: 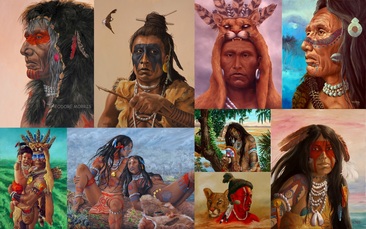 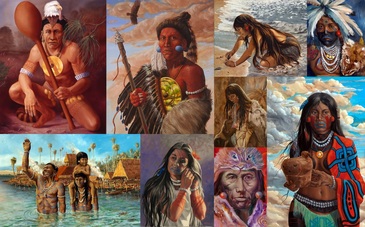 Judging by this review, the comics aren't totally stereotypical. The Timucua were scantily clad with facial markings. They had burial grounds--or at least buried their dead in the ground. There are no Timucua alive today, but other Indians live in the area and may claim descent from them. A few Timucua artifacts may reside in museums.

But that's about it. The "dark shaman" in Satanic robes on the first cover above is false. In fact, most Indian tribes, including the ones in Florida, didn't have shamans. Moreover, shamans aren't some sort of wizard who practices black magic. We don't know much about the Timucua religion, but I doubt it was involved in anything "dark" such as human sacrifice.

So the basic premise of this series is false. It's also stereotypical because it's been done hundreds if not thousands of times. Indeed, a revenge-seeking Indian spirit is the most common Native trope in the horror genre. It's so old and clichéd that it's mind-boggling to see someone using it again. Give it up, copycat creators, and do something original for once.