Casting controversy in The Unplugging

A play in Toronto is causing the latest casting controversy:

The Unplugging tells an indigenous story, but the actresses are white

Playwrights and actors divided on choice made by Toronto theatre company

By Kim WheelerThe problem isn't limited to one play:Comment:  I don't think Native Voices at the Autry, here in Los Angeles, has ever experienced this problem. But it has a huge pool of Hollywood actors, including Natives, to draw on.

These articles don't quite address the core issue. Native Earth Performing Arts is supposedly a "professional Indigenous theatre company." Okay, then it should have developed a pool of talented Native actors in the Toronto area. In fact, Native Earth shouldn't exist unless it has a critical mass of Native actors, writers, directors, and so forth. What's the point of a Native theater company if you don't have enough Native people to put on Native plays?

I trust Native Earth has addressed and answered this question. Perhaps the article writers didn't have the time or space to go into it. But the question is central to the Unplugging controversy. Does Toronto have enough Native actors to put on Native plays or doesn't it? If it doesn't, what is Native Earth doing about it? If Native Earth is building an ensemble of Native actors but still can't find two of them for The Unplugging, it may be in the wrong business.

For more on Native theater, see Off the Rails at Native Voices and Stanford Cancels Bloody Jackson Play.

Below:  "Allegra Fulton and Diana Belshaw star in Yvette Nolan's play 'The Unplugging.' It runs in Toronto at Factory Theatre until April 5." (Akipari) 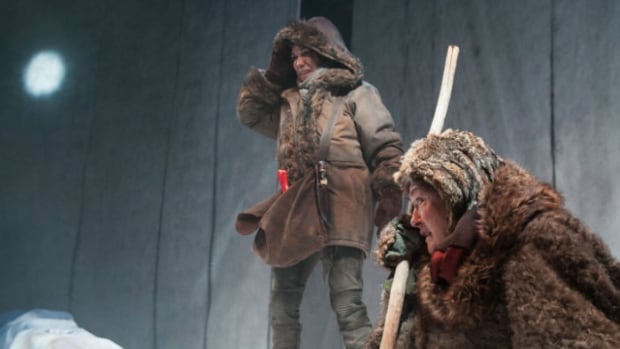