By Kelly HolmesComment:  The tweets above are just examples of the criticism the magazine received.

Using Cher was kind of silly since the photo was 40-50 years. It may have represented the concept of "going Native," since Cher has tried to pass as Native over the years. But it didn't represent "fall fashion" unless they meant some fall in the late 1960s.

And yes, using Cher as a "Pocahottie" only furthers the sexualization of Native women. No real Native women dress this way, so it's not "going Native" so much as "going stereotypical." It's nothing more than a white man's (or woman's) fantasy of Native fashion.

For more on Cher, see Cher in a Headdress, Again. 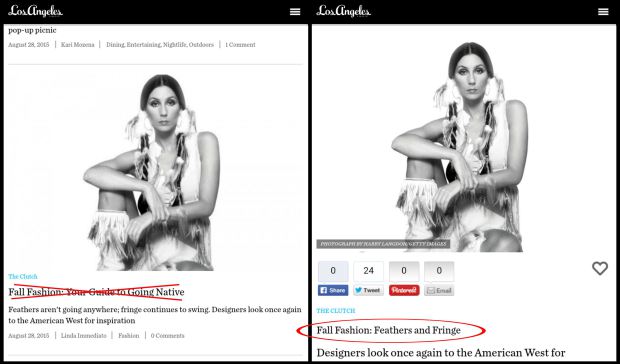