By Michael SullivanComment:  Someone could write a whole article on schools that use infantilized Indian mascots.

The "Warrior" image above has the usual problems: a half-naked savage in an aggressive stance using warlike implements. In addition, the child is simultaneously 1) wild and untamed, and 2) a cute, cuddly plaything for his white masters. He's a defanged threat--like a wolf that's been neutered.

The school district might as well repeat the commonplace 19th-century tropes. White folks = the Great White Father who is wise and powerful. Indians = naive and helpless children who need a firm hand. Because that's what they're saying with this mascot.

And this is the mascot that the Cow Creek Umpqua Tribe is thinking of approving. It isn't a warrior, it's a child. It has nothing to do with Cow Creek culture, Oregon tribal culture, or Native American culture.

It's a pure fiction...yet somehow Cow Creek has the right to approve it? That shows you how corrupt the Oregon mascoting process is. If the system were concerned with shielding schoolchildren from racism, this racist stereotype would be disqualified automatically. There's no justification for it...none. 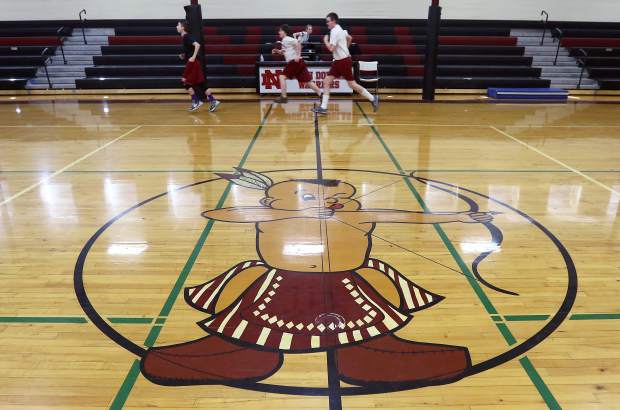