Here's a great article on our national cult(ure) of male dominance aka machismo:

Masculinity is killing men: The roots of men and trauma

By Kali HollowayComment:  As I've said before, Americans lionize manly men: explorers, pioneers, cowboys, cops, soldiers, action heroes, superheroes, and so forth. Heck, we capitalize the term "Founding Fathers" because of their secular but holy importance.

The consequences for indigenous people and other ethnic groups are profound. "Taming the wilderness," aka the Frontier Thesis, is our national myth. We're great because we hunted and killed savage beasts and Indians like virile cavemen providing for their mates.

We're still great because of our manly ability to defeat our enemies: Nazis, Japs, Commies, terrorists, disease, crime, drugs, etc. We wage war on people, places, and things until they're dead and gone because that's what men do. That's why we elected and reelected Bush and invaded Iraq and Afghanistan: to prove our manhood to ourselves.

Anyway, read the whole article. It's worth it.

For more on the subject, see America the Warrior Society and America's Cultural Roots.

Below:  Superman aka America's self-image. 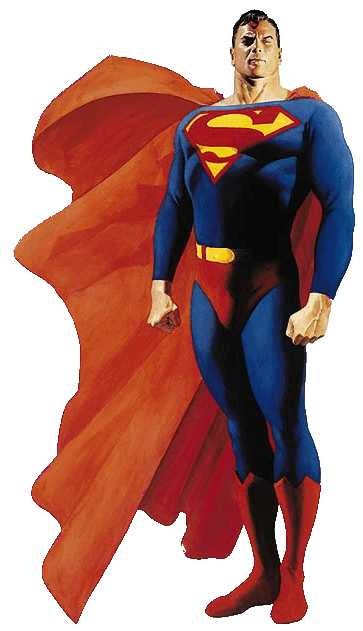