Thunder Bay mayor says he categorically rejects “damaging statements" made by Libertarian candidateComment:  As always, treaty rights are concessions given by one government to another via negotiations. They're a trade--some rights for others--not a gift. And they're based on a political relationship, not race. 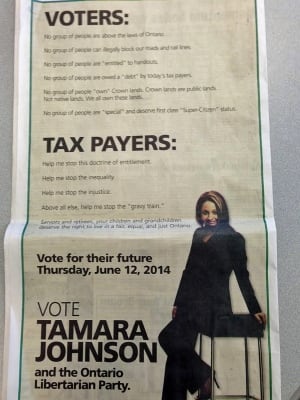