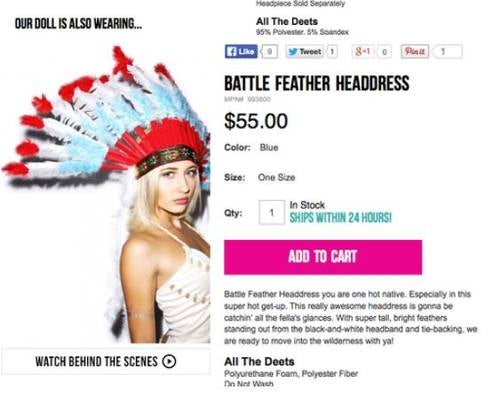 A couple of comments on this posting:Comment:  Needless to say, the Dolls Kill "response" is completely nonresponsive. Who cares what their attitude is when the costume itself is racist? As always, the intent behind a racist act or image is irrelevant.

For more on the subject, see Trelise Cooper's Models in Headdresses and Vogue Editor in a Headdress.
Posted by Rob at 1:52 AM