By Simon Moya-SmithComment:  Another failed attempt to link Indians who represent wildness and savagery with alcohol.

If it isn't obvious, being contrary is a mild form of being wild. It's the same sort of counterculture, anti-authority message embodied in Indian-skull t-shirts and hipster headdresses. Be bold and contrary and drink Heyoka India Pale Ale, even though you're not supposed to!

An extra demerit for the Heyoka container art that shows cacti. Lakota and cacti? No, the Lakota don't live out in the desert, far from civilization, where they practice their contrary cultures and religions. 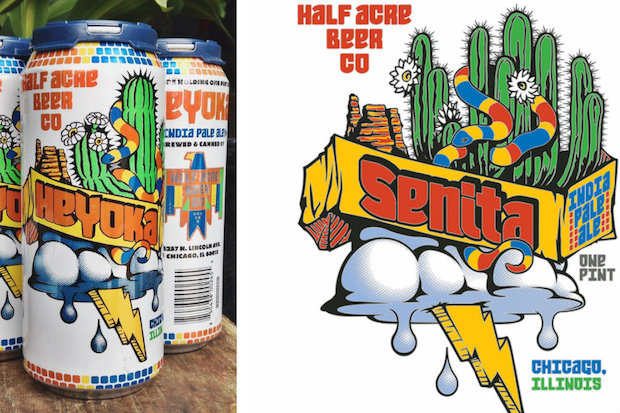 Email ThisBlogThis!Share to TwitterShare to FacebookShare to Pinterest
Labels: alcohol, Lakota, Stereotype of the Month, stereotypes