Historical Atlas of Ancient AmericaComment:  For most people, this is a great introduction to the field. It breaks down every aspect of Mesoamerican cultures into two-page spreads of easily digestible info.

Two pages per topic is just enough to satisfy but not overwhelm a reader. If someone did a study on breaking a large subject into bite-size chunks to increase readability, this book would be Exhibit A on how to do it.

My only complaint is with the final few pages on Aztec mythology. It's a bit too much on the subject.

Why devote so many pages to the Aztec gods but not the Maya gods? It was almost as if Hunt was trying to fill his page quota. Or as if he were an expert on Aztec mythology and wanted to show off his knowledge.

But that's a minor quibble. This book is a perfect starting place for those interested in the Maya, Aztec, and other Mesoamerican peoples. Rob's rating: 8.5 of 10. 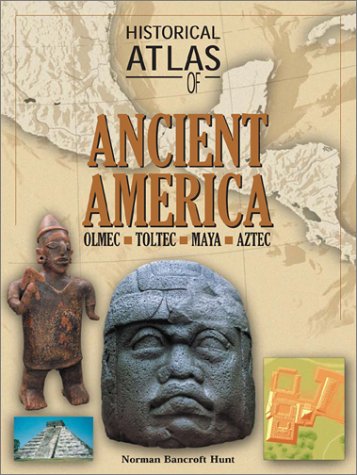