Some say Acadian singer's music video is rife with stereotypes depicting First Nations peopleComment:  For more on the subject, see IndianHeaddress.com and Rod Stewart's Daughter in a Headdress. 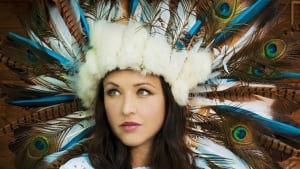