The "time spike" phenomenon sends people from every era of southern Illinois back through time. They include:


Only a few of the Cherokee refugees get any significant time. They're reasonably well-fleshed out. Everyone else is one-dimensional, alas. The "primitive" Indians are scared and overwhelmed by the more modern people. The Cahokia residents (mentioned, not shown) are religious fanatics. The conquistadors are psychopathic butchers. And the Cherokee refugees include an incredibly stealthy tracker and an incredibly sensitive healer.

In short, everyone except a few exceptions is a type. The modern-day characters are almost all three-dimensional, while the characters from the past aren't.

There's also a Cherokee inmate who was wrongly convicted. He's mostly three-dimensional too, but he's especially crafty and good at surviving. I don't know if this is a subtle nod to his Native ancestry or not, but it's a shame there are no average Indians. They're all way above or below average.

As for the rest of the book, Time Spike is good overall. It deals realistically with the problems of being sent back in time with only the supplies and skill-sets on hand and 2,000 prisoners behind bars. Only toward the end does it let down a little. Most of the conflicts get settled with guns and violence, not with the intelligence and foresight seen earlier. 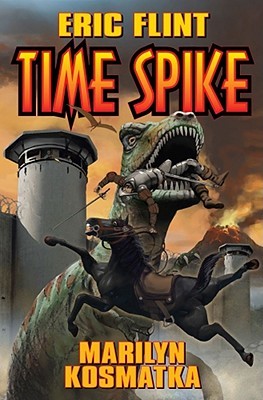