Review of Rocky Road to Romance

Steve Crow is an Indian--a full-blooded one, I think. He's described as a classic bad boy with brooding good looks.

He and his family are oil tycoons, which suggests they're Osage Indians. Judging by how Crow buys a house and an SUV for cash, they're multimillionaires. Which makes his job as a radio station manager, worrying about traffic reports, a little unbelievable.

Crow never says or does anything "Native." Daisy meets his parents, but they're no different from other rich people. The most we learn about Crow's Native background is when he talks about visiting his grandfather. Grandfather lived in a trailer on the reservation, for some reason, and imparted words of wisdom to young Crow.

Anyway, Evanovich's portrayal of Crow isn't bad. As you'd expect of a handsome young rich man, he's cocky and spoiled--used to getting his way. His main attraction to Daisy seems to be lust, not love. All this is a refreshing change from the usual stoic veteran/warrior/tortured soul.

As for the rest of the book, Steve and Daisy both seem a little shallow, so perhaps they deserve each other. Steve's macho protectiveness, which he can afford only because he's rich, gets annoying. But parts of the book are, as they say, a hoot. Rob's rating: 7.5 of 10. 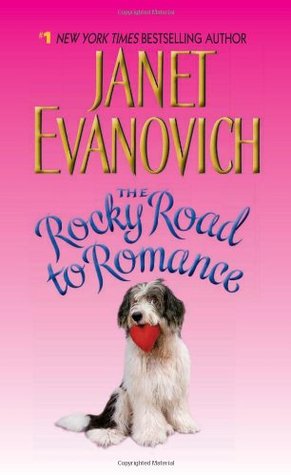