A blizzard of news this week suggests how much trouble the "Redskins" name faces. Whether Dan Snyder realizes it or not, the name is on its way out.

Redskins gear stiff-armed by fansWashington has everything to lose

By keeping his team's nickname, Daniel Snyder is pouring money down the drainPotential lawsuit

The Daily News will no longer refer to the Washington professional football team by its unacceptable nicknameN.Y. Daily News disavows ‘Redskins’—and the team’s logo, to bootWashington Post editorial board stops using the word ‘Redskins’Broadcast license challenged

All that is in addition to the usual commentaries from editorials and columnists. For instance:

Redskins face ever-increasing pressure over name as NFL season beginsAs well as politicians, coaches and players, and others denouncing the name:

NFL Greats Visit Reservations; Speak Out Against ‘Redskins’And announcers refusing to say it on the air:

Report: ESPN’s Lisa Salters will not say ‘Redskins’ this seasonClearly, Dan Snyder is dying by dint of a thousand paper cuts. How long till he realizes that changing the name is the only way out? 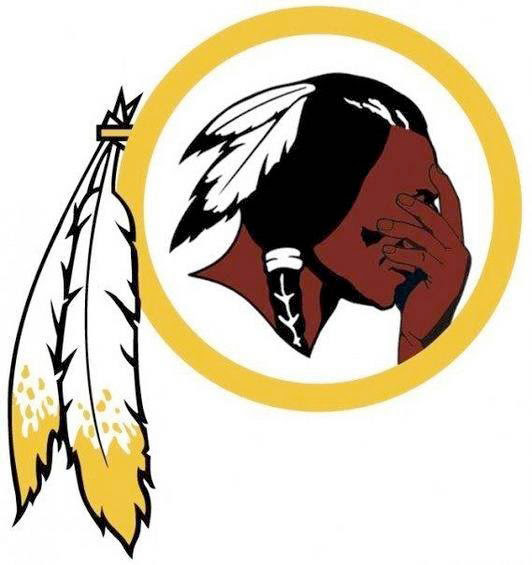