By Ian ShapiraComment:  Well, cry me a river. Some fans felt "defamed"...just like Indians feel many times a day when they see stereotypical images and hear stereotypical terms. You know, like those involving the Washington team.

As some people said on Facebook:Below:  "Gregg Deal, 39, a Native American from Culpeper, Va., is an artist and activist. He poses with Daily Show correspondent Jason Jones at the filming of the segment Sept. 13 at the Park Hyatt hotel in Dupont Circle." (Courtesy of Gregg Deal) 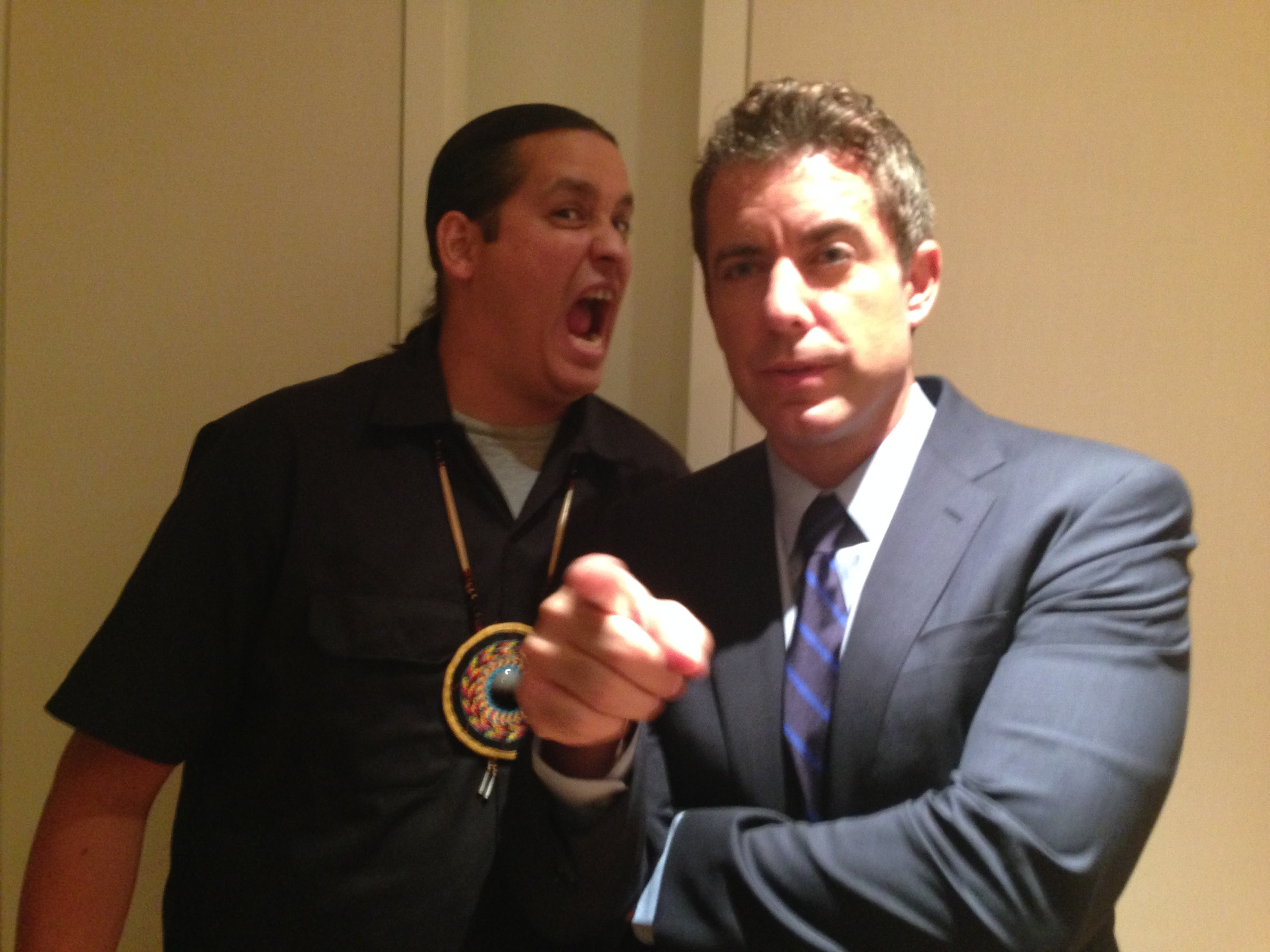