Peru Is Indignant After Greenpeace Makes Its Mark on Ancient Site 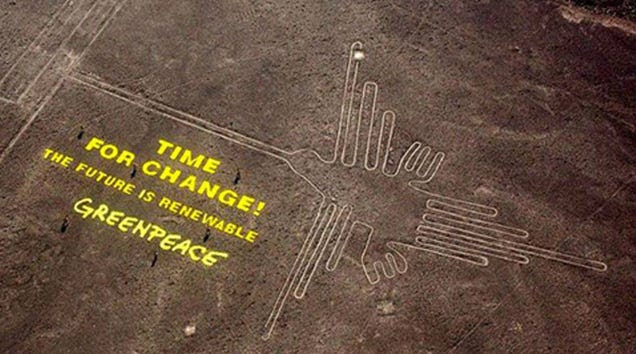 This Greenpeace Stunt May Have Irreparably Damaged Peru's Nazca Site

By Dan CollynsComment:  Why don't the space aliens return and fix it?!

Donna Yates ‏@DrDonnaYates Dec 12
FYI: this is the damage done to the Nazca lines by Greenpeace. Not minor. Not in someone's opinion. Look at that. 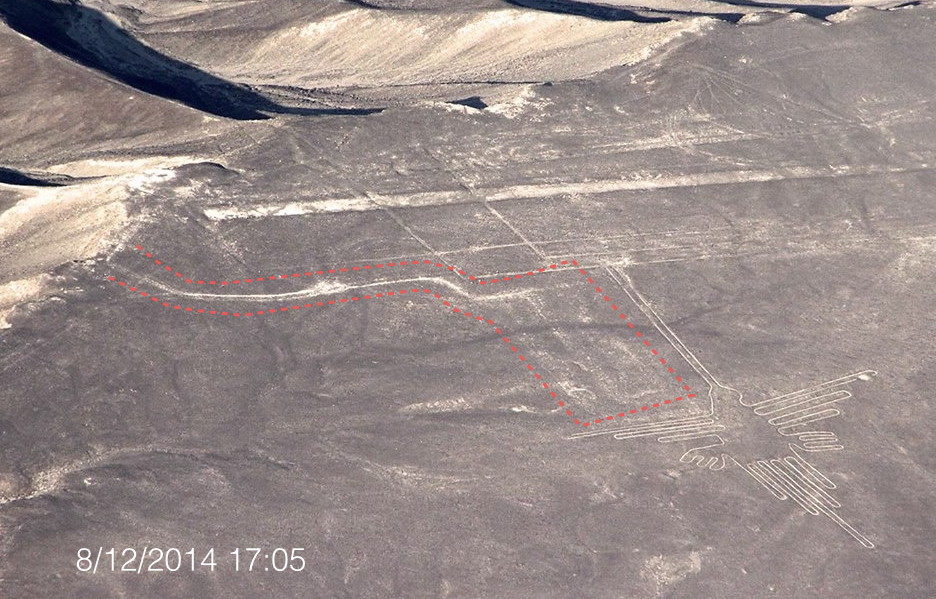