Photos and videos such as these appeared in social media today, setting off a protest that still continues. 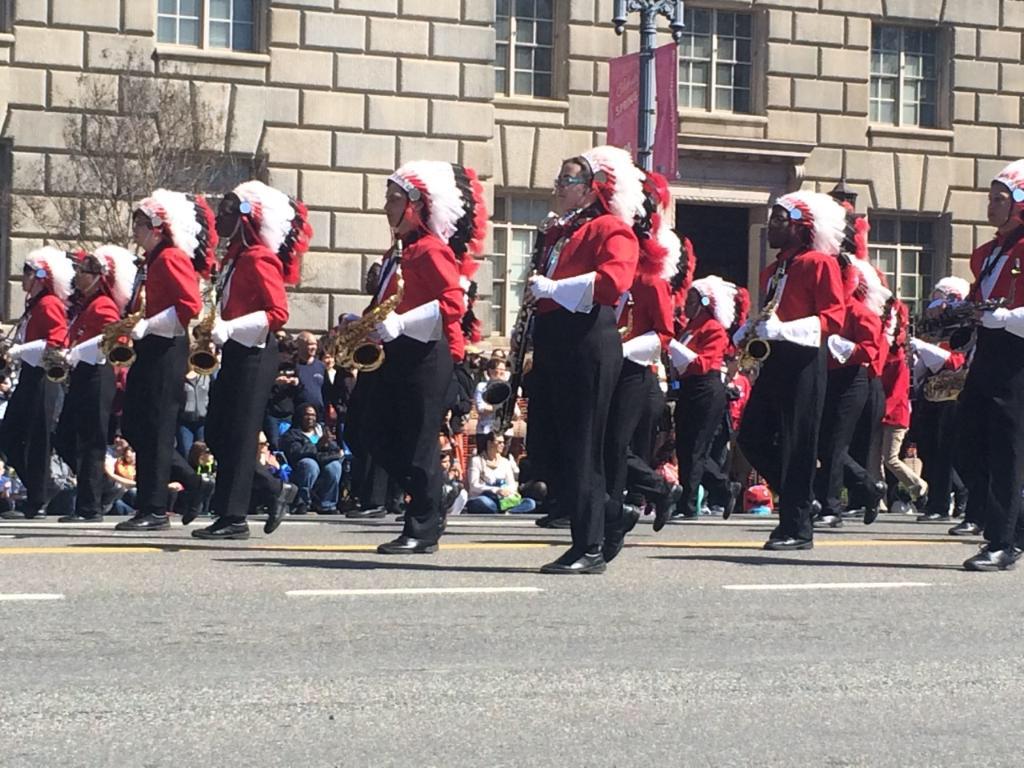 Biloxi High School Band and Boosters
BHS Band in the parade. You guys did fantastic!

You get the idea. Hundreds of "Biloxi Indians," the school's team name, marching in stereotypical Plains headdresses.

Indian Country Today was one of the first media outlets to condemn this stereotyping. It reported a few days later:

Mass Display of Non-Natives in Headdresses--and No, It's Not Coachella