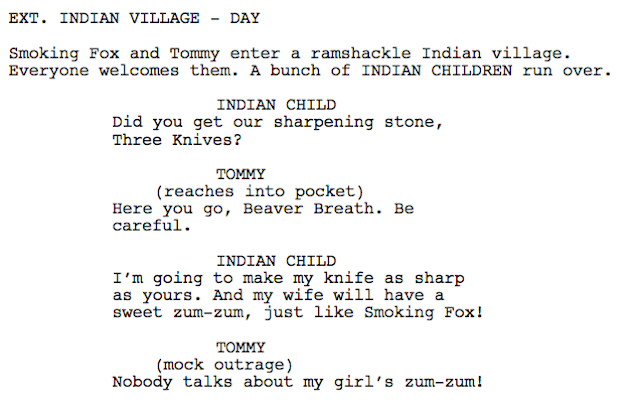 By Mark NewtonComment:  Let's address the question of whether Ridiculous Six is a legitimate satire. For starters, who's the butt of the jokes: the Indians or someone else? If it's someone else, where is that in the script? Because it isn't evident in the excerpts.

Another way to put this is: How are these "jokes" any different from the ones in a racist movie? Again, if some "context" makes them different, where is it? Because it isn't evident in the excerpts.

True, we lack the entire script. But we have the judgments of the people who were there. They confirm what's evident in the excerpts--that the "jokes" are flat-out racist. Until Sandler and Netflix demonstrate otherwise, that judgment stands.