Misty Upham in the 2015 Oscars

Here are my Facebook comments on the 2015 Academy Awards. The big issue for fans of Native movies was whether actress Misty Upham would appear in the In Memoriam tribute.

Lots of brown people getting screen time on the ‪#‎Oscars‬ to make up for the lack of them in the movies.

As usual! So much diversity on the #Oscars show!

Nice to see the Village People performing Everything Is Awesome. But seriously, a few years ago, you would've seen an Indian chief and others in ethnic costumes. Progress!

‪#‎Oscar‬ acceptance tip: Don't talk about getting a free donut at your local bakery when you have only seconds to thank everyone who helped make your film.

Good times if you're a black actor too. Less so if you're any ethnicity but black or white. ‪#‎Oscars‬

Casting directors, check the ‪#‎Oscars‬ if you want an actor of color! They're all there!

Thank you, Edward Snowden, for exposing the excesses of government. ‪#‎Oscars‬

So much talk about the struggles that continue today! The ‪#‎Oscars‬ are un-American!

The sound of music

Awesome comments by Common and John Legend. I'm glad someone can talk about race since our president and politicians can't. ‪#‎Oscars‬

I think I'll make a movie called 12 Years a Slave Movie--the searing struggle to get a slavery movie made. It's a lock to win an Oscar.

Now I gotta call my mom because J.K. Simmons said so? Geez.

Next year, it's the Galaxy Trio's turn for an Oscar!

Birdman and the Galaxy Trio 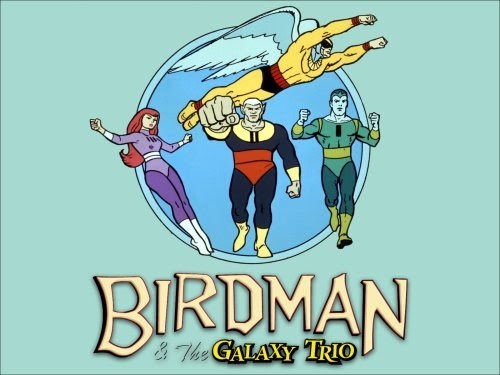 Misty made it! Diversity among the dearly departed!

Other than her, I don't think any other Natives appeared on-screen at the ceremony. As usual, the question is why 1-2% of the performers aren't Native to match the Native population.

Neil Patrick Harris’ painfully boring Oscar night: How did a great host get it so wrong?

I don't think he was on-screen enough to call him boring or painful. But nothing he did was special or memorable either.

For more on the subject, see Hollywood Still White in 2015 and Another White Year at the Oscars.
Posted by Rob at 1:48 PM