After the San Bernardino shootings, people are talking about how conservatives have nothing to offer but empty words and gestures. The Daily News conveyed this idea with its provocative cover:

A good cartoon made a similar point: 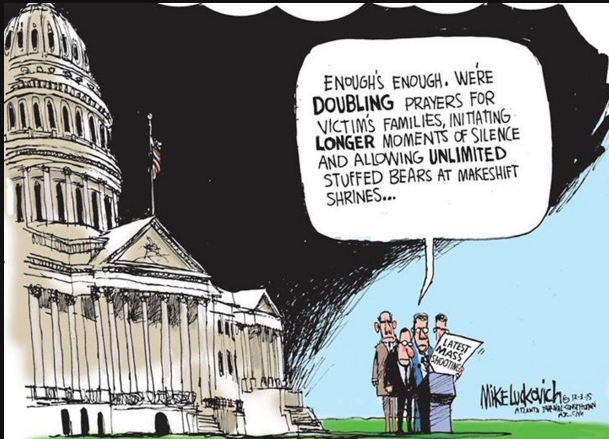 "Who cares? Let 'em die," said every Republican to himself. "That's fourteen fewer votes for Democrat candidates, and $14,000 more in NRA donations for us."

Conservatives started crying about "prayer shaming," their latest attempt to silence people pointing out their lies and hypocrisies. The following posting puts that argument to rest:

By Rebecca WatsonFor more on gun control, see Republicans Allow Guns for Terrorists and The Magical Power of Guns.
Posted by Rob at 3:06 PM