Leona Lewis in a headdress

Leona Lewis came under fire within hours of posting photos on Instagram
Singer was branded 'ignorant', 'disrespectful' and 'racist' for the costume
But many social media users came to the defence of 30-year-old celebrity

By Sam CreightonComment:  Note that Lewis appears to be making a "woo-woo" gesture with her hand. Thus exacerbating the offense.

For more on the subject, see Indian Costumes at Annual Turkey Trot and Jenner and Hilton in Stereotypical Costumes. 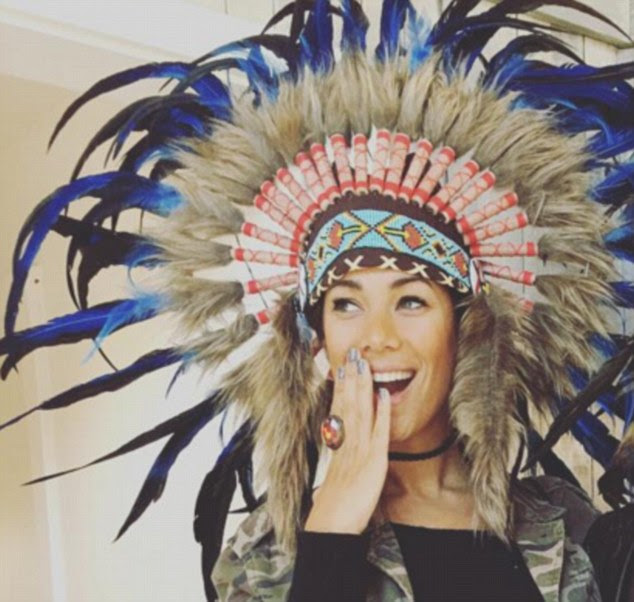