O'Reilly misrepresents Ward Churchill, as he has from the beginning, but Top Dog Dr. Marc Lamont Hill has the factsComment:  For some of the original reactions to Churchill's essay, see Terrorism:  "Good" vs. "Evil". 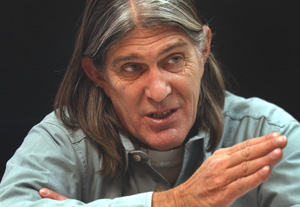 Defend as he may, the author ought to realize that sometimes in life a person is just a creep, a bully and a fraud.

Churchill isn't going anywhere for a while, I suspect.

Here's an article that criticizes the defense of Churchill's "little Eichmanns" remark:

Eichmann was no mere foot soldier, mindless bureaucrat or technocrat, although that is what he wished the world to believe at his trial in Israel in 1961. Regrettably, the philosopher Hannah Arendt famously reinforced this interpretation—“the banality of evil” was her memorable phrase—in her writings of the time.

Yet such descriptions trivialize Eichmann’s contribution to the Final Solution, as well as Churchill’s invoking his name. Yes, Eichmann was a superb bureaucrat—tireless, efficient and thorough, keeping his head below the radar—but he was also much more.

Far from being a foot soldier, Eichmann was chief of the Gestapo’s Jewish office in charge of implementing the annihilation of an entire people. He was one of the few privileged Nazi insiders asked to attend the Wannsee Conference in 1942, which formalized the extermination policy and where he functioned as confidante to the vicious Reinhard Heydrich, who chaired the proceedings.