For me the highlight of the day was meeting Chad Solomon (Ojibway First Nation), the creator of Rabbit and Bear Paws. He's doing a great job of developing and marketing his historically accurate, elder-approved comics. I only hope my efforts with PEACE PARTY go so well.

Among the things I learned about Rabbit and Bear Paws:


As usual, there were few instances of minorities in comics at the Con. Other than Solomon, the only presence I saw of anything Indian was the small Skinwalkers booth.

For more on the subject, see Thoughts on the San Diego Comic-Con 2000+. 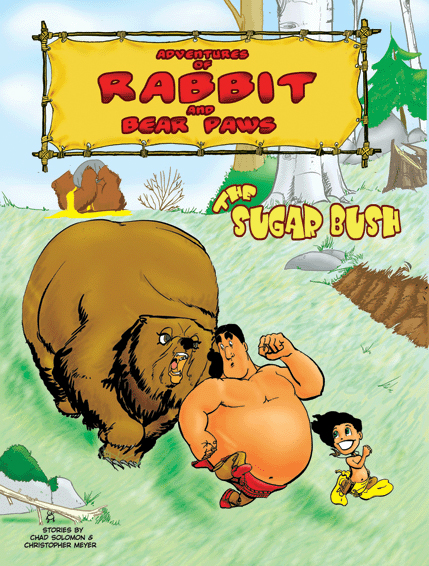 FilmCon may have influenced Comic-Con, but I doubt it inspired it. Here is Comic-Con's origin:

Comic-Con began as the idea of comic book fanatic Shelton Dorf and came to fruition on August 1, 1970. The inauguration of the first Comic-Con was held in the basement of the U.S. Grant Hotel the first weekend of August.

Originally titled the Golden State Comic Book Convention, Comic-Con would go through a yearly name change for the first three years of its existence. The second incantation occurred in 1972 operating under the name San Diego’s West Coast Comic Convention. It was in 1973 convention that Comic-Con was christened with its final name, San Diego Comic-Con.

Writerfella here --
The word you searched for was "incarnation,' not "incantation." It cannot be a simple metatransjuxtaposition as the two words are not pronounced even closely the same.
writerfella cares not if or whether FilmCon seeded Comic-Con. A San Diego convention of simulacritude was the scene of the crime, and the confusion, and the resultant delirium. The parallels between the two far are too striking. Let an old man keep his memories intact...
All Best
Russ Bates
'writerfella'

Per my usual style, everything after the the colon and the URL is a quote from Suite101.com. You can blame them for "incantation," although one could argue that a convention is a magical place conjured out of thin air.