US media angrily marvels at the lack of Muslim gratitude

NBC News, along with a leading US newspaper, insist that Egyptians should be grateful to the US for having 'freed' them

By Glenn GreenwaldAnd:Comment:  As usual, the parallels between Muslims and Indians are clear. The above sentiments are what Americans told themselves repeatedly after (almost) wiping out the Indians. "We're raising them out of darkness to the light. We're teaching them how to be productive cogs in society. They should be grateful to us for civilizing and Christianizing them.

"Why aren't they kissing our feet? It must be because they're like spoiled children: lazy, rotten, and good for nothing. They don't realize how much we've sacrificed to help them."

This "thinking" is also how today's conservatives see blacks, Latinos, and other minorities. "We've given them the American dream: a land of unlimited opportunity. Why aren't they gratefully voting for Romney?

"It must be because they prefer sitting at home and cashing government checks. That's why they're voting for Obama...because neither he nor they are real Americans."

Mitt Romney Video: Barack Obama Voters 'Dependent On Government'It doesn't get much clearer than this. The Republican standard-bearer is racist and so are many of his followers. They think all minorities are crooks and all Muslims are terrorists. Because anyone who doesn't idolize white, Christian America must be insane or evil. 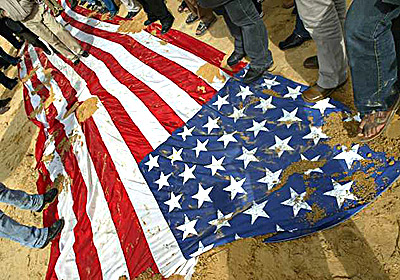