I almost reported on this "massacre" a couple of weeks ago. I'm glad I held off.

Reported Venezuelan massacre didn't happen, activists now sayComment:  Another case of botched reporting, but this time the blame falls squarely on Survival International. One Indian heard it from someone else...and you reported it as fact? You had no eyewitness testimony--indeed, nothing but a third-hand report?

Wow. Next time, try checking your sources before alarming the world about a potential atrocity. Try to get at least a secondhand report--e.g., "He described the dead bodies to me in vivid detail." A third-hand report is basically useless as evidence.

Below:  "Yanomami natives perform a ritual dance at an Irotatheri community, located in southern Venezuela near the border with Brazil, on September 7." 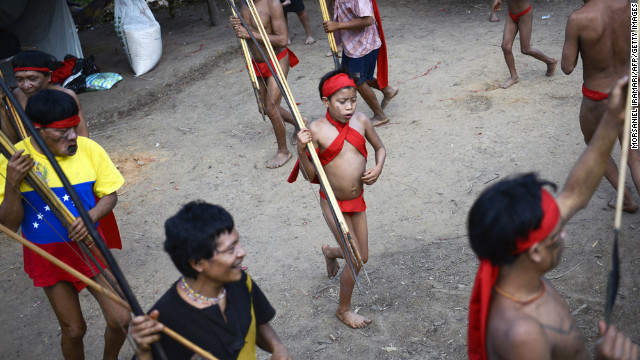 The BBC, Reuters & Survival International's Media Terrorism on Their Readers, the Yanomami people and Venezuela