By Jessica R. MetcalfA Q&A with Michaels conducted while watching the episode:

Live From the 'Project Runway' Premiere With Patricia Michaels

I'd say its shape is bland and uninteresting, but the pattern makes up for that. It evokes the Manhattan skyline, which was part of the assignment. But it also evokes the spires of places like Monument Valley and Canyon de Chelley on the Navajo rez. And the prints are reminiscent of the ancient handprints made by "Anasazi" artists on rock walls.

As for the shape, how about a sky-blue or turquoise-blue undergarment to accentuate the beige dress? That would really make the dress pop as well as evoke the Southwest's sand/sky color scheme.

Anyway, it's a fine accomplishment for a spur-of-the-moment design. If there was a prize for best use of one's cultural background, Michaels might win it. As it is, her design probably deserves to be in the top 3.

For more on the subject, see Taos Designer in Project Runway. 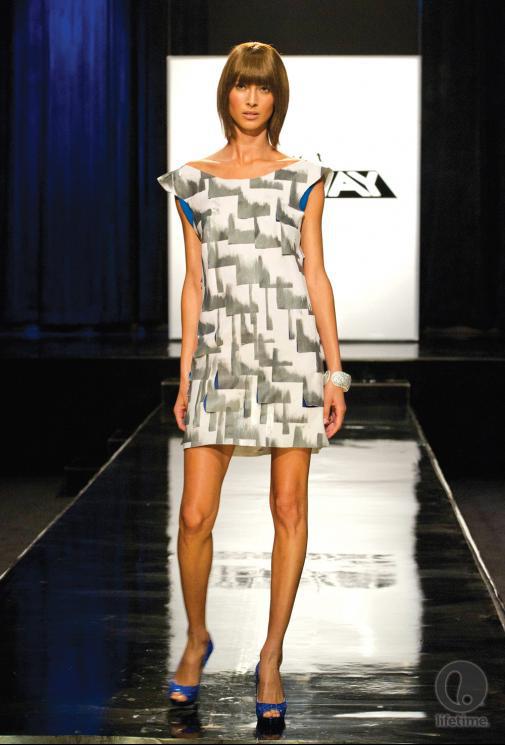