What about the phrase "low man on the totem pole"?Comment:  For more on totem poles, see Big Heap Herman in The Munsters and Jeremy Scott's Yellow-Crotch Designs. 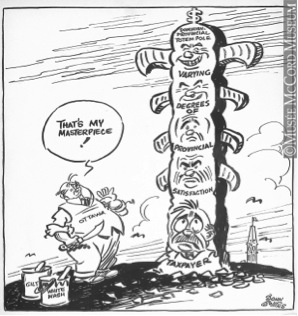