First Nation teen told not to wear 'Got Land?' shirt at school

Controversy resolved after additional meetings with nearby First NationHow did people react to this seemingly harmless shirt?The outcome:A happy ending?

Winnipegger Jeff Menard says he wants to give his people pride, not cash inAlas, not quite.

Indian treaties aren't racial at all. They're political agreements signed between one political entity and another.

By one ranking, the least diverse countries in the world are North Korea, South Korea, Japan, Tunisia, and Italy. So if we signed a treaty with North Korea, would it be illegal because it was race-based? No. It would be a political agreement regardless of the signers' ethnicity.

Indian treaties are like that. You could say they were politically and racially based because the political entities were often, but not always, a single race. But the fundamental basis for the agreements was political, not racial.

I don't know how Tittler figures it's racist to make a factual statement about Indians. Is "Indians were the first Americans" racist? "Got land? Thank an Indian" is the same idea, only phrased differently.

And I'm not sure what Tittler considers the reverse of "Got land? Thank an Indian." "Illegally obtained land? Thank a white man"?

Indeed, white men opposed the Greek and Roman civilizations...the Christian church...and the American revolution. I can't think of anything that every white person and no nonwhite person created or discovered.

In contrast, every Indian was an owner/occupant of America before Columbus arrived. And no white man was. So this is something we can attribute to the entire group--unlike any discovery or invention by white men. Every piece of land in the Americas was either taken from Indians illegally or given by Indians legally.

The racist comments are about what you can expect whenever you take a pro-Indian position. Non-Indians seethe with racist resentment over the "special rights" and "government handouts" Indians supposedly get. They can't stand the idea that someone other than white Christians might be ahead.

This racist attitude is the same force behind other stereotypical incidents. For instance, Thanksgiving pageants, Halloween costumes, and sports mascots.

Non-Indians want to think, "We were friends with the Indians. We admired their courage and tenacity. We honor them because Americans are paragons of virtue who love everybody and do the right thing."

The corollary is that they don't want to think, "We robbed the Indians of their land. We broke the treaties we signed because we're liars and cheaters. We captured or killed any Indians who refused to sign and surrender."

I suspect there's a large overlap between people who'd hurl racist epithets at someone wearing a "Got land?" shirt and people who'd defend racist Indian mascots. As always, it's about upholding the American mythology of taming the wilderness, bringing civilization to the land, and earning God's blessing. Denouncing this shirt and worshiping a mascot are two sides of the same coin. They're both examples of protecting the Euro-Christian mentality and the power derived from it. 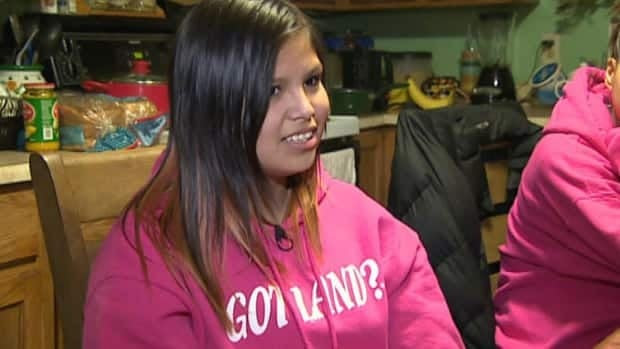