The Redskins news, both nationally and locally, just keeps coming:

ESPN considered banning 'Redskins' for reports on the team 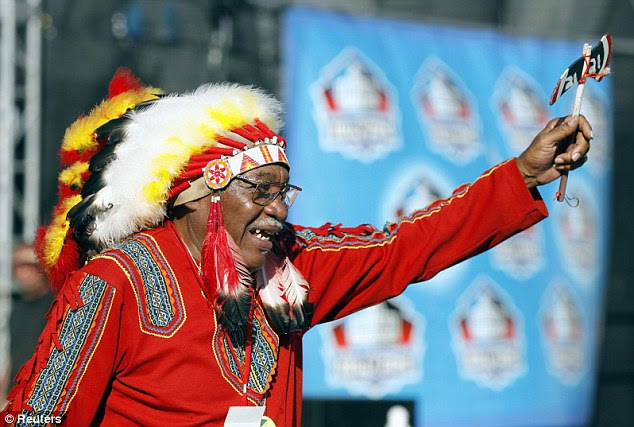 Alas, ESPN's rationale doesn't work. The network is making news either way: by using the derogatory name or not using it. The difference is, the mainstream media has arbitrarily decided that the status quo, using a derogatory name, isn't news.

Obviously these stories are newsworthy because they're an ongoing problem in the world. Same with using the "redskins" slur as a team name. The fact that many Americans are okay with denigrating Indians is an ongoing problem worth covering. And worth taking a position on by not using the name.

By Ericka MellonFinally, the most important story of the bunch:

By Robert SibleyCorey's comments show the racism behind much of the mascot worship. I or any activist, whether Native or not, could've lead the campaign against the Nepean Redskins. So the name change has nothing to do with Campeau's ethnicity. Yet he's receiving a slew of racist insults and threats.

If you foolishly read the comments on a mascot article, you'll see the same thing. A significant minority of them, perhaps as many as half, will contain racist comments about how Indians "lost" and should "get over it." There's a huge wellspring of resentment and racism beneath America's surface.
Posted by Rob at 1:00 PM