Ailes and O’Reilly channel the white backlash in a country trying to become a multiracial democracy. That’s scary

By Joan WalshComment:  Look at how O'Reilly kept interrupting Obama. That has never happened and would never happen with a white male president.

And "the nation that has afforded you so much opportunity"...wow. Like O'Reilly owns the country and Obama is merely visiting it. Like white America has given Obama a great gift by tolerating his presence.

Never mind that Obama's white and black ancestors have lived here for centuries--as long as O'Reilly's have, if not much longer. In O'Reilly's mind, he's the second coming of the Founding Fathers. And Obama is little more than a newly freed slave.

Obama could turn that question around and ask O'Reilly about all the benefits he's gotten from his white upbringing. But that's not how white privilege works. White men get to confront minorities, not the other way around.

We saw an excellent example of this in Boastful Cornerback = Thug? When a black man, even a well-educated one, challenges the white orthodoxy, he gets slapped down.

It doesn't matter if white athletes have said much worse. What matters is that blacks are supposed to know their place and not step over the line.

This is the same white privilege we see in countless Native issues. From sovereignty and treaties to mascots and headdresses, white men get to tell Indians what's right and wrong.

If white men get their way, they think it's the natural order of things. But if someone challenges them--by electing Obama, protesting mascots, speaking "foreign" languages--they cry like whiny babies. 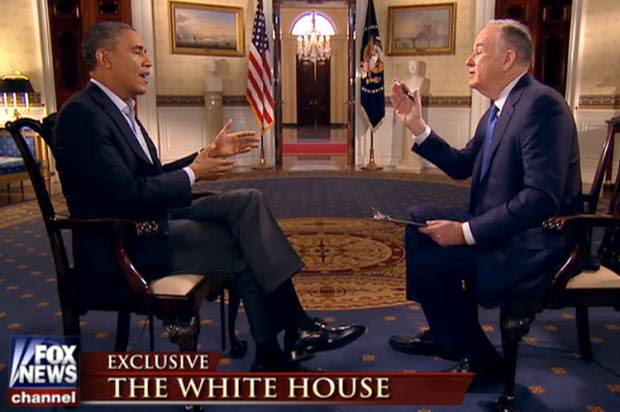