By Scott KaufmanComment:  So conquering and killing are the values that make America exceptional? Okay, if you say so, King.

I demolished a version of this argument in Multicultural Origins of Civilization. Among the stupidities in King's statement: 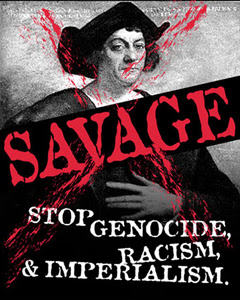