This Columbus Day... Time to Break the Silence

By Bill BigelowComment:  "The deeper problem was the subtext of the Columbus story ... to view history solely from the standpoint of the winners." That's why we have African American, Hispanic, and Native studies...alternative media...and multicultural comic books...and blogs like this one. To present another version of history not whitewashed and sanitized by the winners. To look at events from all perspectives, not just the Western perspective. 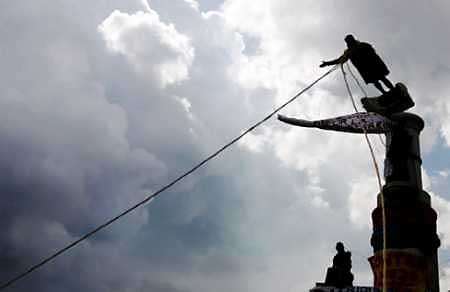 Umm. Technically, the experience of Native Americans, Latinos in the New World, and African-Americans is indeed a "Western perspective."

You can live in this civilization without agreeing with its dominant perspective. And that's what many minorities do.

In short, if you think African American, Hispanic, and Native studies simply repeat what mainstream studies say about Western civilization, you're mistaken. Whatever you call their perspective, it's a different one.