For 'Encoded Textiles' at a Pasadena museum, Guillermo Bert distilled tales into 'QR' code, which was then woven into textiles that can be scanned and read.

By Hugh HartComment:  For more on the Mapuche, see Musical Tribute to Mapuche Resistance and The Only Native Country. 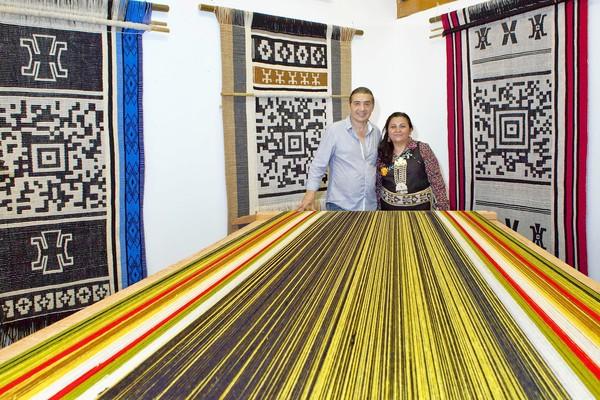