"We must give the land back"

We must give the land back: America’s brutality toward Native Americans continues today

Americans have unjustly taken vast tracts of land. This Presidents' Day, let's uphold our treaties and return it

By Steven SalaitaComment:  Even if you don't think returning the land is practical, you could support Indian treaties in theory. You could say, "I recognize that treaties are the supreme law of the land. We should do everything in our power to implement them."

Obviously they don't support obeying lawful treaties and giving back the land. You can bet they wouldn't support other constitutional measures such as establishing a national bank, making the Louisiana Purchase, or emancipating the slaves. But they would support limiting voting to white property owners and keeping women and minorities in their second-class place. That's the "intent" they're happy to support. 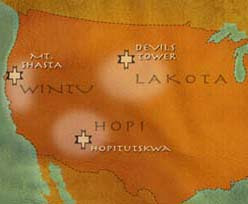