Review of The Lacuna

The LacunaBarbara Kingsolver’s Artists and Idols

By Liesl SchillingerAnd:Review: 'The Lacuna' by Barbara Kingsolver

The Lacuna | 2009About The LacunaAnd:Comment:  As in her first three books--The Bean Trees, Pigs in Heaven, and Animal Dreams--Kingsolver deals with Native and Hispanic themes in The Lacuna. I'd rank The Lacuna with Pigs in Heaven as two of the best Native-themed books ever, even though Kingsolver isn't Native. Rob's rating: 9.0 of 10. 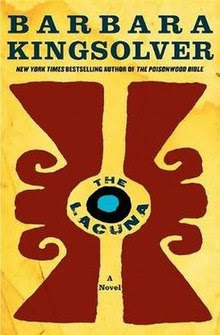