Another white year at Oscars

People are talking about how the acclaimed movie Selma got only two Oscar nominations. Here are some thoughts on why it happened:

The Oscars’ white-guy backlash: Why academy voters retreated to their comfort zone

The causes celebrities feel comfortable backing--and those they do not--speak volumes. And it's not pretty

Ava DuVernay, Russell Simmons and Reginald Hudlin weigh in on race and Hollywood 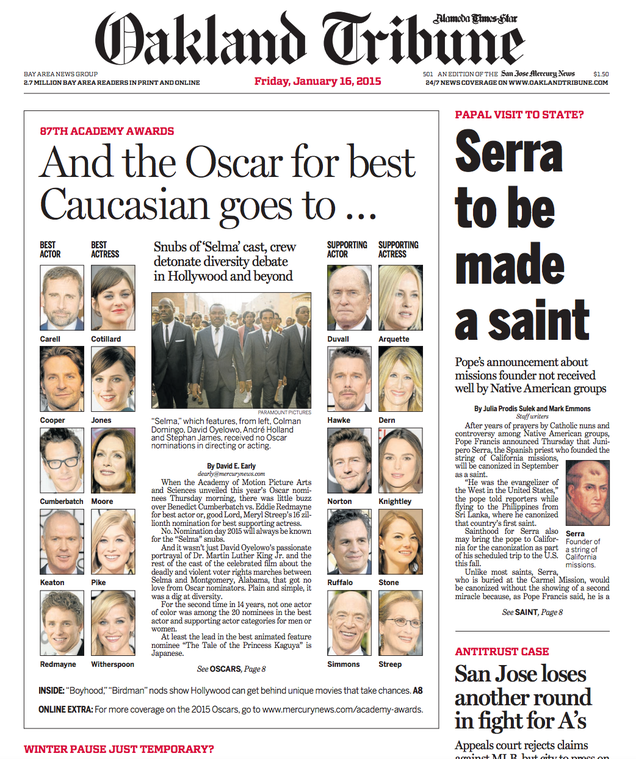