Review of Blood and Thunder

Blood and Thunder: The Epic Story of Kit Carson and the Conquest of the American WestI don't know that much about the Southwest's history during the Mexican-American War and Civil War. But I didn't catch any factual errors or omissions, and the tangential discussions weren't tangential enough to bother me.

Reader reviewI have to agree with all these comments. This is a fine history book.

I can't even find much to quibble with. Maybe Sides could've provided more of an aftermath rather than ending abruptly after Carson's death. And maybe he could've explored the antipathy toward Indians a bit more.

I don't find it odd that people such as Carson liked some Indians while deeming the race as a whole inferior and unworthy of respect. Isn't that often the attitude of whites toward minorities?

Namely, that we love Bill Cosby, Oprah Winfrey, or Michael Jordan but think those other blacks are lazy, good-for-nothing bums. For Indians, that probably describes our attitudes going back to Sacagawea, Squanto, and Pocahontas. We love the "model" members while disliking or distrusting the group as a whole. 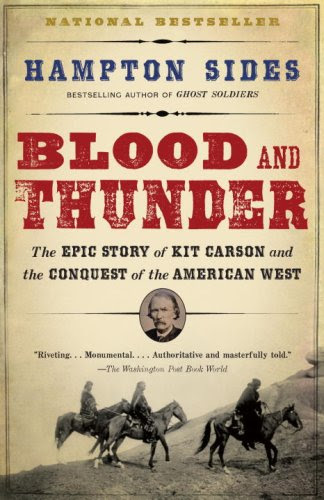