Newest Casting Data Shows Highest Ethnic Minority Representation on RecordComments:  The rise in the number of roles in "other categories" is probably due mainly to Apocalypto. Expect a big drop in the "other categories" category in next year's report.

Indianz.com helpfully provided a link to the actual report. Let's look at the data:

I'm not sure if these numbers are accurate. I may call SAG myself and see if I can get the raw data. But they suggest a problem with American Indians in Film and Television's annual report.

AIFTV limited itself to prime-time shows on major networks, I guess, and came up with zero Native roles. This report is more comprehensive, and there are clearly more than zero Native roles overall. Reporting the prime-time, major-network number as if it's the only number that counts is misleading at best. 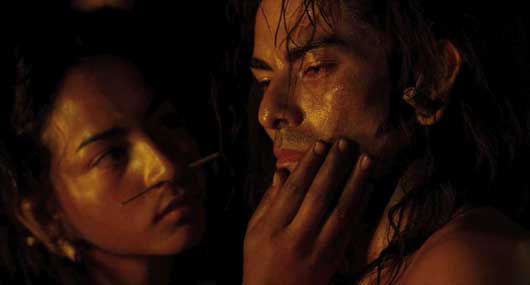