SVU, Bury My Heart, and torture

Last week's Law & Order: SVU was about torture. A couple of guides sum up the episode, titled "Harm":Later:Since the SVU team couldn't charge the Blackwater-style torturers because they were in Iraq, they charged the doctor. The episode then focused on the conflicting claims about torture.

One poster on IMDB.com wrote, "Every episode of SVU that involves the military is like watching a Cuban/Michael Moore propaganda film." But he's sadly mistaken. What was notable about this episode is how pro-torture it was. Doctor Sutton and her lawyer Braden gave impassioned defenses of torture that went unanswered. Even Dr. Huang, the psychologist who normally has the most compassionate point of view, spoke up for Sutton's integrity.

Although the SVU characters argued against torture, I'd say the pro-terrorist side won the debate. Here's what the "liberal" show could've said but didn't:

1) Experts say torture simply doesn't work. People will lie and do anything to get out of being hurt. 2) The "ticking bomb" scenario never happens in real life. It's a phony straw-man argument. 3) Our torture policy has inflamed Muslims around the world. It has created many more terrorists than it's stopped.

How is "Harm" relevant to this blog? Dick Wolf produced both SVU and Bury My Heart at Wounded Knee. The latter was supposedly pro-Indian and anti-American but was really the reverse. Now we have evidence that Wolf's position is consistent. His shows bluster against US policy but end up supporting it.

Wolf is supposedly a Democrat, but if so, I bet he's a hawkish, Joe Lieberman type of Democrat. I bet he thought we should've invaded Iraq and still thinks we can win there. Similarly, I bet he thinks the US brought "civilization" to the Indians and ultimately did them more good than harm.

Wolf has done things for Indians by producing Bury My Heart and putting Adam Beach on SVU. But he hasn't helped them as much as he could. This is yet another case of two steps forward, one step back. 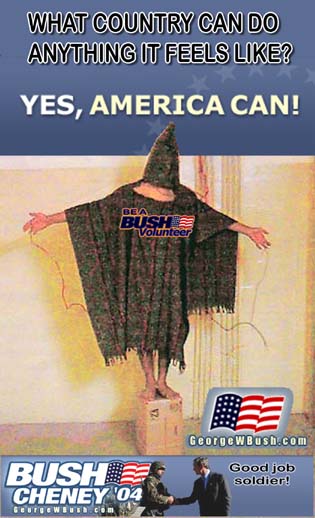 Writerfella here --
But -- but -- but -- All that is being argued here is that, though there indeed is debate present in such dramatizations, it is NOT the kind of debate that you would wish to see. Comparing LAW AND ORDER: SVU with BURY MY HEART AT WOUNDED KNEE as being similarly deficient rather is like comparing Orson Welles' WAR OF THE WORLDS radio broadcast and his CITIZEN KANE as being similarly efficient. And that clearly Welles, while making statements both about Martians and magnates, took two steps forward, one step back...
All Best
Russ Bates
'writerfella'