Where the power liesComment:  For more on the subject, see The Facts About Tribal Sovereignty.

Below:  Two men who became chairmen after the Hopi adopted a tribal constitution. 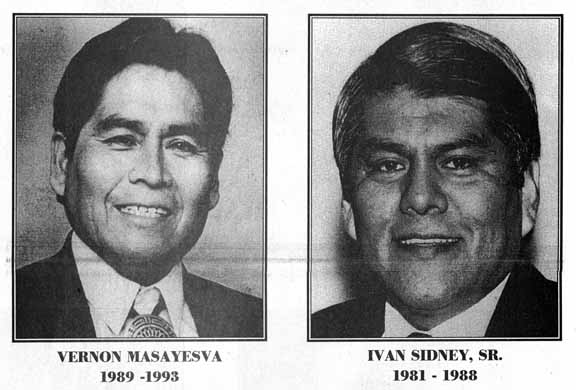